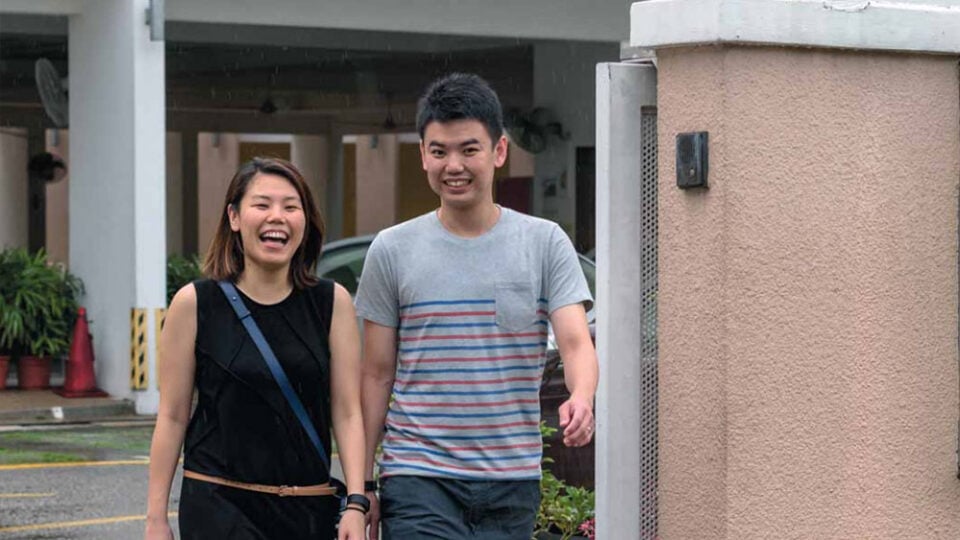 by Vincent and Wendy Ho

Whenever people talk to us about our experience growing up as orphans, they usually expect those years to be inundated with incomprehensible hardship and grief. Some never probed, for fear of triggering unhappy memories. The truth is that we grew up as normal kids would — sufficiently provided for, both materially and emotionally.

Mom and Dad (Nessie Loh and Edwin Ho) passed on fairly early in our lives, so our memories of them are cloudy at best. We were the archetypal Chinese family: Mom was a tough, academic-centric lady who was responsible for discipline in the household while Dad was a soft-spoken man of few words. We spent most of our days at our grandparents’ place while Mom and Dad were busy with work. Sundays, however, were family days; Mom, being a Christian, brought us to Mount Carmel’s Sunday School. In fact, Dad became a Christian because of her, so she was the one who brought Christianity to our household. Admittedly, my more enjoyable moments came after church, when we would spend the afternoon shopping for my favourite toys.

Mom fell ill shortly after we started going to church, but it was only a couple of years later that she relapsed and was consequently paralysed from the neck down. We had to move Mom to a hospice, and our after church time revolved around accompanying her instead. Dad would visit her every day. During one of the visits, Mom told us that she felt bad because she would not be able to take care of us. She passed away when I was 13. Two years later, Dad succumbed to lung cancer. He led a healthy, smoke-free life, and that he fell to the disease puzzled us, but we somehow accepted it as our lot in life. We were thus orphaned.

Before Dad passed away, Rosalind Ong, one of Mom’s friends in church introduced me to Chew Leong Ho, who was to be my Mathematics tutor. It still puzzles me to this day why she had taken the trouble to arrange and even pay for the tuition; Mathematics was something I excelled in. Reflecting on it now, I know that God saw a need deeper than academic guidance; I needed a father figure, in which Uncle Leong Ho soon came to be after Dad died. He was the one who, through my playful and mischievous years, kept me motivated to attend church and to lead a straight life. I was probably more susceptible to straying; while Wendy was disciplined and studious, I was her antithesis.

My luck for getting away with not studying ran out during my ‘A’ Levels. I found myself unable to enter a local university with my mediocre grades and had started to look for alternatives abroad in Australia. It was substantially costlier, but I was increasingly running out of time and options. Lim Kian Guan, another Carmelite, somehow knew about my predicament and offered to help. True enough, I was offered a spot in Nanyang Technological University’s engineering programme, and I took it with both hands. It was another perplexing episode in my life, because my grades, although poor, were sufficient for the programme, yet I found myself admitted through the back door at the eleventh hour. Uncle Kian Guan might have been the negotiator, but I had an inkling whose effort it ultimately was.

Although Wendy now worships in another church, the umbrella of the Carmelite family has never been too far away from her. During her time as a teacher, she was under the mentorship of an older colleague, Tan Sok Eng, who turned out to be a former worshipper at Mount Carmel Bible Presbyterian Church who had read our story in one of the church’s weekly bulletins and felt convicted to pray for us. “Never could I have imagined that the girl whom I had prayed for would one day be my colleague at work,” she enthused, excited at how far Wendy had come.

Indeed, we both lead fruitful lives today. I married my wife, Karen Fu, back in 2011, with who else but Uncle Leong Ho leading the worship. He too, spoke of his joy at how far I had come, and looking back at those years when so many things could have gone wrong for us, I am grateful for God’s constant watchfulness over two vulnerable orphans.

We never had an excess in anything, nor were we lacking; everything that we had was sufficient, and continues to be to this day. I could write another story filled with names, but for each Carmelite who has had a profound impact in bringing us up to where we are today: thank you.

When my beautiful daughter came into my life, I named her Hannah, which means favour or grace — I have been touched with both.

Writing this story gives us the opportunity to reflect, and we inevitably wonder how our lives would have gone if Mom and Dad were still around. Wendy once pointed out that her line of work would have been drastically different, knowing that Mom always wanted her to study law or business.

Whatever our hypothetical lives might have been, we will never trade them for what we have now; it gives us far greater joy to declare that God’s plans have worked perfectly as He had intended.

As a regular usher in church, I welcome both new and regular worshippers into the house of the Lord, and I am always excited to introduce them to the Carmelite family — why shouldn’t I be? I know all too well the love that flows from the church. After all, I was once a young orphan receiving that same love.