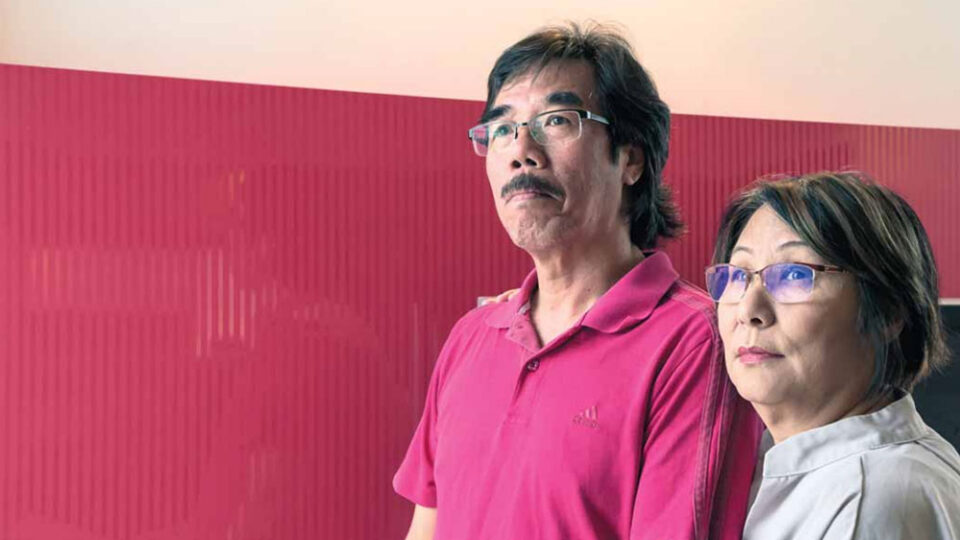 The loss of their 24-year-old son, Lionel, through a fatal motorcycle accident in 2013 came as a sudden blow to the Kiews. He passed away in the hospital in the wee hours on November 21, the same day the family had planned to start moving into their new home in Bukit Panjang.

Years have passed since the tragedy, but the grief of losing Lionel remains fresh to Lionel’s parents – Eric and Lucy.

The aftermath of Lionel’s death was especially difficult, but Carmelites like Kar Fatt and Jenny, Peng Kok and Lay Tin, and Chuay Fen were there every step of the way, to help Eric and Lucy steer through the tragedy. “The Lord has shown us a lot through the love of our church mates, Lucy said. “On the night of the accident, we got a call from the police at 3 am,” Eric said. “Eric rushed to the hospital and I stayed at home to pray. At 4 am, Kar Fatt came with a flask of hot Milo,” Lucy added. With Christmas just a month after Lionel’s death, church friends also invited Eric and Lucy to their homes and asked them to stay over. “They supported us and didn’t give us a chance to be alone so we would not fall into depression or feel left behind,” she added.

Lucy highlights a Bible verse which Chuay Fen shared with her: “For no one is cast off by the Lord forever. Though he brings grief, he will show compassion, so great is his unfailing love. For he does not willingly bring affliction or grief to anyone.” (Lamentation 3:31-33) The support continues till today. “Phoebe, Pastor Daniel’s wife, will text me now and then, especially on Lionel’s birthday, to comfort me,” Lucy said, citing an example.

Lionel’s death came as a shock. While Lionel had been slightly reluctant to move from Clementi, the family’s previous home, as he had many friends there, to Bukit Panjang, he was still looking forward to the new place. “I had prepared a room for him in the colour he wanted. How I wished he was staying here,” Eric said. He said Lionel had also recently gotten a job as a safety officer with a construction firm before the accident. “I’ve never seen him so happy,” Eric said. On the night of the accident, Lionel was riding along Jalan Bukit Merah in the direction of Queenstown, when he was hit by a car at the junction of Henderson Road.

Eric and Lucy said that many church members, even those whom they didn’t know very well, turned up at the wake to uphold them.

Lucy remembers sisters – Sheila, Susannah and Sharon weeping when Lionel’s body was brought back. “I told Sheila – the way you weep, you are taking the sadness upon yourself,” said Lucy. A group of seven construction workers from Lionel’s workplace, who were from China, also came. They gave about RMB5500 as condolence donation, and we wanted to turn them down because we know how much that sum of money means to them, but they refused. During the wake, many of Lionel’s friends, whom he often hung out with and who shared the same passion for riding the motorbike and weightlifting, also came to offer their condolences. “They shared with my sister-in-law how Lionel had touched their lives, how friendly he is and what he has done for them so that they have to be here. Only when he passed on did we realise he is somebody out there, doing his own work to touch lives,” Lucy said. “His friends still keep in touch, either through Facebook or they will come to visit us,” she said, adding that many of them were also non-Christians.

Following Lionel’s death, Lucy said a few of her nieces and nephews who were reluctant to get baptised did so on their own accord. “The grief never lessens but we are where we are today, still living as per normal, without going into depression or feeling hateful and angry,” said Lucy. She added: “When I learnt the book of Revelations and about John seeing heaven, I was so comforted knowing that, thank God, my son actually got himself baptised and accepted the Lord in his heart. He is definitely there (in heaven).”Lucy said the episode taught them that showing love to others is never “one-off”. “It was never a one-off how the church has come together to be with us. There has been a good follow through to support us,” Lucy explained.

Lucy said that when she sees Lionel’s peers moving ahead in life, such as getting married, she often imagines where her son would be now. With a tinge of sadness, Eric said proudly: “Lionel is a very good looking boy. I’m sure he would have been married too by now.”