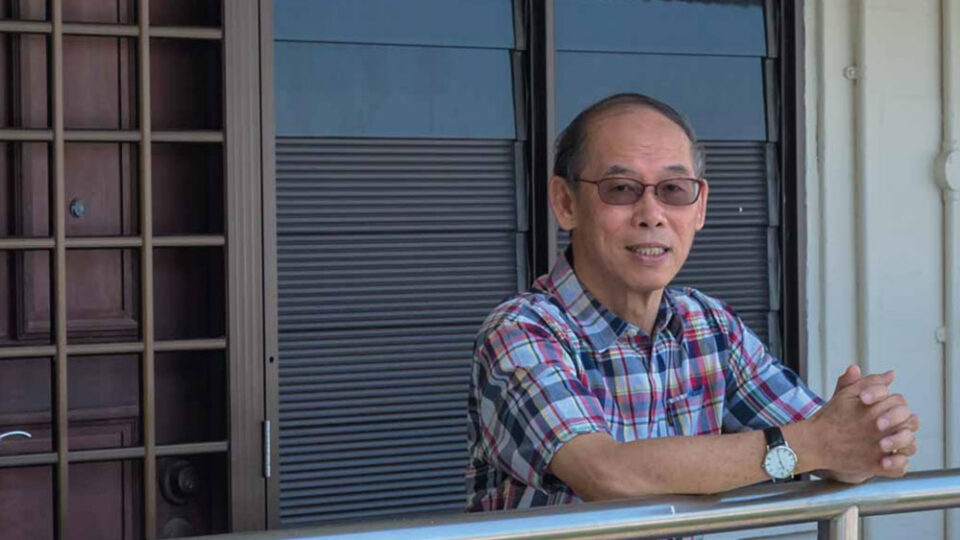 What do you do when you have been graced with a second chance? Some are so subtle you miss them altogether only to realise in hindsight what had transpired. Others are so powerful that they prompt you to take action because you now realise that second chances may not come again. My story consists of both.

I grew up around the Redhill Close neighbourhood in the 60s and 70s. Back then, it was a hot spot for underworld activities and it was common to find gangs prowling the streets. Gangs were rampant and many of my friends were recruited. It would have been easy to be influenced and join a gang myself, but my mother was extra strict with me as she knew about my penchant for trouble.

My somewhat nonchalant approach to life meant that Christianity or any other religion held no appeal. As it so happened, I met my wife, Kum Fah, who would not stop gushing over the church that she was attending and how great her God was. Like a doubting Thomas, I visited it to see what the hype was about in 1966.

Mount Carmel Bible-Presbyterian church was an initiative started by Uncle Ong and Auntie Ong at Redhill Close. Soon it grew and we shifted to Jalan Rumah Tinggi and eventually settled in a shop house in Lengkok Bahru.

Being in a caring environment changed my perspective on life and helped me to stay grounded and walk a straight path.

My life would have been drastically different if Kum Fah had not introduced me to Christianity. I have loved playing sports since I was young. In 2014, I started to suffer from palpitations and irregular heartbeats. These attacks would strike without any warning and it was necessary to stop whatever I was doing in order to calm my heart down. In 2016, I had four  attacks within four months and the most vivid incident happened when I was alone in Changi Airport. This prompted me to take action and undergo Radio Frequency Ablation (RFA). This would reduce the palpitations and allow me to return to my normal lifestyle. My family and I sought out a well-known doctor for this procedure and this was scheduled for 6 October 2016. Bearing in mind that RFA is generally a low risk day surgery, I approached it with confidence and did not even bring a change of clothes to stay the night. Despite it being a low risk surgery,there was still a 2% chance of bleeding out but I did not think much of it.

A three-hour procedure took 6 hours instead because the sedatives administered were insufficient. My movements during the procedure caused a 2mm tear in my heart and I started bleeding profusely. A cardiac surgeon was sought to trace the source of the bleeding and repair the tear through an invasive open heart surgery. My heart stopped thrice during the oepration but the surgical team eventually managed to suture the tear. It was a nerve-wrecking 24 hour wait in the ICU before the operation could be deemed a success.

Albert Eio, a Carmelite, happened to meet Pastor Kheng Hai who was also on a hospital visit at the National University Hospital (NUH). Both of them came to the ICU to visit me and Pastor Kheng Hai immediately called for pastoral prayer.

The consensus amongst the surgical team was that I had barely survived the operation. What was supposed to be a normal routine surgery became so complicated that I could have died on the operating table without even knowing what had happened. It was through God’s divine intervention that ensured that there were skilled doctors and operating theatres available at this pivotal moment.It has now been some time since the surgery and I am 90% of my old self. God snatched me from the brink of death and I am grateful to be able to speak of His grace and mercy. Second chances are few and far between, and this reprieve signifies unfinished work with the Lord. I do not know how much longer I have left before He calls me home, but I have been given a new lease of life and intend to use it wisely. Through this ordeal, I always remember Psalms 116: 1-2 “I love the Lord, for He heard my voice; He heard my cry for mercy. Because He turned His ear to me, I will call on Him as long as I live”